9 to 5 the Musical Tickets

Book cheap tickets for 9 to 5 the Musical through our secure theatre booking system. Get live availability information, check latest offers and find the best prices. Seat numbers are confirmed before you purchase. To complete your night out you can also add optional extras such as meal at a nearby restaurant for a fantastic value show and dinner package.

Set in the late 1970s, the story follows three very different women all employed by large corporate firm Consolidated; Judy Bernly, a mousy divorcee entering the workforce for the first time, Violet Newstead, a strong-willed longtime employee frequently passed over for promotion because of her gender, and Doralee Rhodes, a sexy, sassy Southern spitfire frequently misunderstood by her coworkers. The trio are at the mercy of their lecherous, manipulative, mysogynistic boss Franklin Hart, Jr. who regularly exploits and mistreats his female staff with backstabbing and sexist remarks.

When the three ladies are finally pushed to boiling point, they concoct a half-baked plan to kidnap Hart and hold him hostage in his own home while they get the ultimate revenge and reform the office - but when the company chairman pays an unexpected visit, everything’s in danger of unravelling...

'Packed with laughs as big as Dolly’s personality.'
Daily Mirror

Combine a top price ticket for 9 to 5 the Musical with a pre or post theatre meal at a restaurant within walking distance of the theatre. Select your tickets and you'll then get the option of adding a dinner package.

Create your own 9 to 5 the Musical theatre break package. Decide which hotel you want to stay in, select the number of nights, add a meal in a restaurant, attraction tickets and include discounted rail or flight travel. 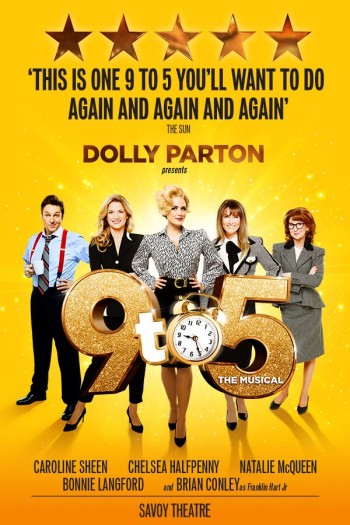 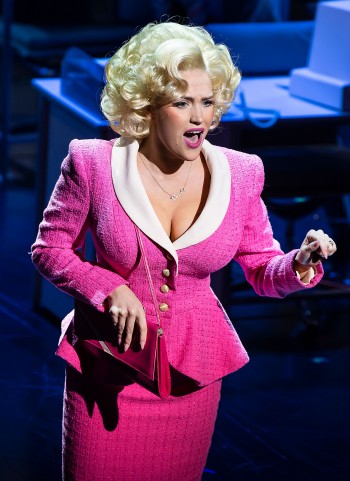