Book cheap tickets for Six through our secure theatre booking system. Get live availability information, check latest offers and find the best prices. Seat numbers are confirmed before you purchase. To complete your night out you can also add optional extras such as meal at a nearby restaurant for a fantastic value show and dinner package.

After rave reviews at the Underbelly in Edinburgh, plus a previous West End run and a sound-track storming up the UK pop charts, Lucy Moss and Toby Marlow's critically acclaimed musical Six returns to the Lyric Theatre for a strictly limited season from January 2019.

From Tudor queens to pop princesses, the six wives of Henry VIII burst forth from the history books and into the spotlight. Finally Catherine of Aragon, Anne Boleyn, Jane Seymour, Anne of Cleves, Catherine Howard and Catherine Parr take to the mic to tell their tales, remixing five hundred years of historical heartbreak into a 75 minute celebration of 21st century sisterly sass. Competing with each other as to who fared the worst as the King's bride, these Queens prove they may have green sleeves but their lipstick is rebellious red!

Powered by an all-female band and with songs including Ex-Wives, Haus of Holbein and Don’t Lose Ur Head, this intoxicating high-octane pop concert musical is sure to be the hottest thing on the block since Anne Boleyn’s neck!

'Hamilton move over, there's a new retelling in town.'
The Times

'The most uplifting piece of new British musical theatre.’
The Evening Standard

Combine a top price ticket for Six with a pre or post theatre meal at a restaurant within walking distance of the theatre. Select your tickets and you'll then get the option of adding a dinner package.

Create your own Six theatre break package. Decide which hotel you want to stay in, select the number of nights, add a meal in a restaurant, attraction tickets and include discounted rail or flight travel. 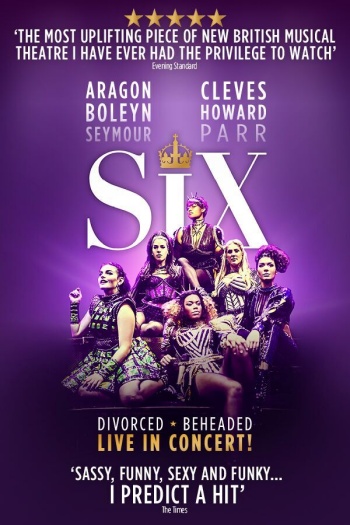 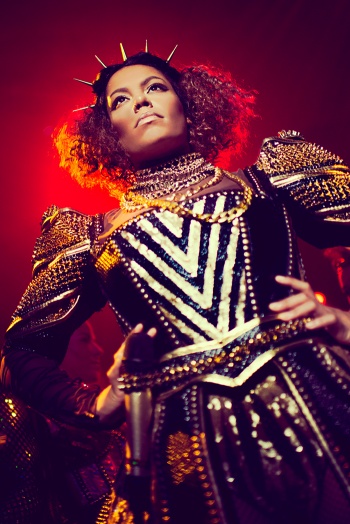