The Book of Mormon Tickets

Book cheap tickets for The Book of Mormon through our secure theatre booking system. Get live availability information, check latest offers and find the best prices. Seat numbers are confirmed before you purchase. To complete your night out you can also add optional extras such as meal at a nearby restaurant for a fantastic value show and dinner package.

Opened on Broadway in 2011, the multiple award-winning musical from South Park creators Matt Stone and Trey Parker blasted into the West End in 2013.

The Book of Mormon follows two devout Mormon missionaries from the LDS Church Missionary Training Center in Utah as they attempt to share their scriptures with the inhabitants of a remote Ugandan village.

Self-obsessed Elder Kevin Price and socially awkward Elder Arnold Cunningham are disturbed and challenged by the lack of interest of the locals who are preoccupied with more pressing troubles such as AIDS, famine, and oppression from the local warlord. Can Price and Cunningham bring glory to their church, despite all the obstacles?

'It’s the hit of the year. Surprising, beguiling absurdity, and daring at every level.'
The Times

'The Book of Mormon is viciously funny. Spirited and refreshing; joyous and even cuddly. Its defining feature is a filthy irreverence – an infatuation with making fun of everything, including itself.'
The Evening Standard

Combine a top price ticket for The Book of Mormon with a pre or post theatre meal at a restaurant within walking distance of the theatre. Select your tickets and you'll then get the option of adding a dinner package.

Create your own The Book of Mormon theatre break package. Decide which hotel you want to stay in, select the number of nights, add a meal in a restaurant, attraction tickets and include discounted rail or flight travel. 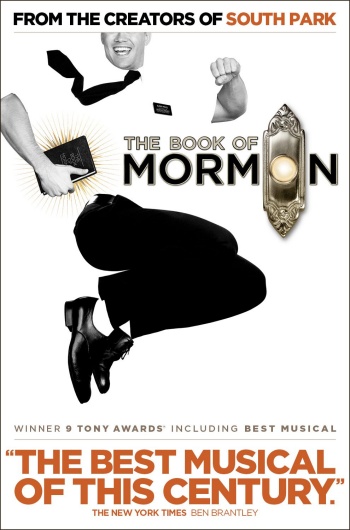 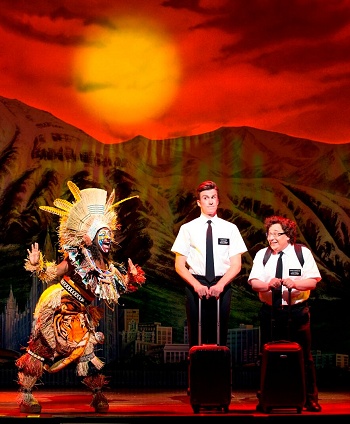