Book cheap tickets for The Mousetrap through our secure theatre booking system. Get live availability information, check latest offers and find the best prices. Seat numbers are confirmed before you purchase. To complete your night out you can also add optional extras such as meal at a nearby restaurant for a fantastic value show and dinner package.

Over 66 years since its first performance, Agatha Christie's murder mystery The Mousetrap continues to befuddle and entertain audiences in the West End and worldwide. For the last 44 years the St Martin's has been the home of The Mousetrap, more than two thirds of its record breaking run!

Originally written as a short radio play for Queen Mary with the title Three Blind Mice, the stage version began its run in London on 25 November 1952. This classic thriller has now been running for over half a century during which time over 26,000 performances have been given - yet the ending remains a closely guarded secret from those that haven't seen it.

A group of people gathered together in a hotel in a remote part of the countryside discover there is a murderer in their midst. The question, of course, is which one of them is the guilty party? It quickly transpires that the killer could be any one of the guests, or even the hosts themselves......

One by one the shady characters reveal their sordid pasts until at the last, nerve-shredding moment the identity of the killer and the motive are finally revealed.

Quite simply a great piece of theatrical history, Agatha Christie's classic whodunit is an irresistible treat for amateur sleuths everywhere.

'Deservedly a classic among murder thrillers.'
The Observer

'The cleverest murder mystery of British Theatre.'
The Telegraph

Combine a top price ticket for The Mousetrap with a pre or post theatre meal at a restaurant within walking distance of the theatre. Select your tickets and you'll then get the option of adding a dinner package.

Create your own The Mousetrap theatre break package. Decide which hotel you want to stay in, select the number of nights, add a meal in a restaurant, attraction tickets and include discounted rail or flight travel. 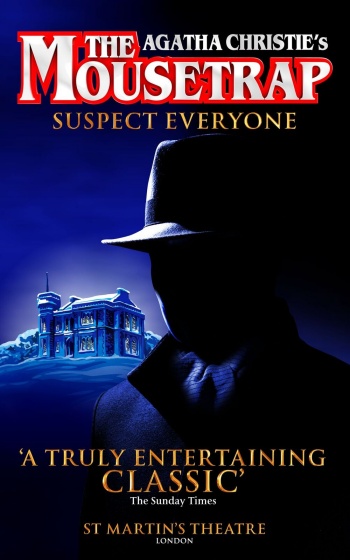 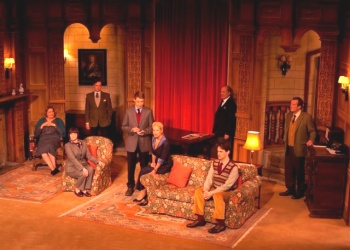